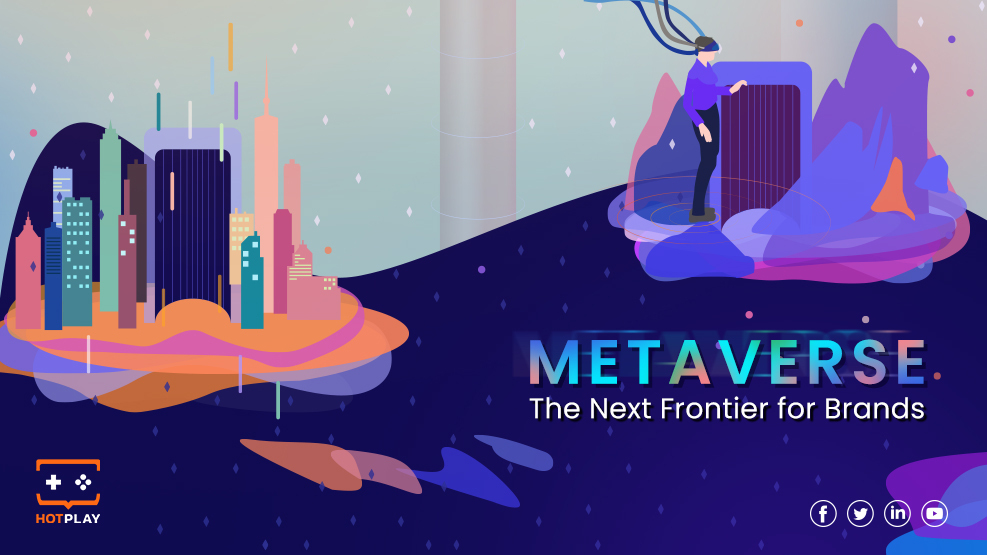 Seeking a straightforward and concise definition for ‘Metaverse’ is no easy task. Try Google the term and you will find several definitions, many probably might raise your eyebrows.

Wikipedia has coined the term as “a collective virtual shared space, created by the convergence of virtually enhanced physical reality and physically persistent virtual space, including the sum of all virtual worlds, augmented reality, and the Internet”. Yes, that might not help much.

Jon Radoff, an American entrepreneur, author and famous game designer expressed his view on the term via Medium that at this point it is still early to find a perfect definition for ‘metaverse’ since it is a process of becoming, rather just being. He said the metaverse is ‘the internet evolving into a creative space for anyone who wants to craft experiences’. According to him the keywords here are “experience”, “space” and “creative”.

Examples would be very much needed here to simplify our understanding of the term. We may need to go back in time as when a science fiction writer Neal Stepheson created the term ‘Metaverse’ in his novel “Snow Crash” in 1992. In “Snow Crash”, the Metaverse refers to a massive popular virtual world experienced in the first person by users equipped with augmented reality technology. But in recent days – especially over the past few years, executives and creatives in the gaming and tech industries have breathed new life into the concept of ‘Metaverse’.

“Fortnite: Battle Royale,” “Roblox” and “Minecraft” are the pioneers when it comes to this concept. The leaders behind the success of these popular games strongly believe that their games are something much more than a game. Big tech companies like Facebook, Google and Samsung, have all made heavy investments in cloud computing and virtual reality companies in anticipation of a Metaverse.

What does this mean for brands?

I would answer this question in a simple way that the arrival of Metaverse which we are discussing right now means that brands will eventually need to ‘reinvent’ themselves to stay in the market, let alone being ahead of their peers.

Just like many brands in the early 2000s, when most of us thought we would be totally fine without a social media presence. We were so sure that many of us even decided to leave it to the hands of interns to manage corporate branding on Facebook accounts.

We all do not want to make the same mistake as we might have done for being late mover on social media. As such for the arrival of metaverse, brands in the 2020s will need to start learning and making senses on how we can strategically be part of this emerging trend by dipping our toes into the metaverse as soon as we can.

We can see that many brands in today’s era are digital-first. Some built their identity online before building an actual product, while some only have an online presence but still be very successful. Brands should learn to apply these skill sets and add a bit more creativity and imagination in order to thrive in the metaverse.

We have already seen big brands from a variety of industries particularly those in gaming, crypto, fashion, and Hollywood started to build their metaverse presences. Luxury brands like Louis Vuitton had released an exclusive capsule collection that featured the League of Legends universe, including special Prestige skins for the League of Legends Champion, Qiyana. There are many other creative examples of how brands place their engagement into this new world, indicating that they see tremendous opportunities in this future field.

For an early entry into the metaverse, ‘gaming industry’ might be one of the suitable gateways. Brands and advertisers may consider partners with in-game advertising platforms that can act as a bridge to connect with gamers in an expressive and engaging manner. Interactive ads that would help create meaningful connections between brands and the target audiences will be very impactful.

So, what will happen?

The metaverse as a concept is coming to be part of our lives inevitably. The rise of social games and virtual spaces have made people more and more connected to one another within the virtual reality world. Nevertheless, metaverse has yet to be fully proven as a marketing channel. The concept is still evolving and on its way of becoming something new and very powerful. We need to closely monitor and be ready to seize the opportunity no matter how it will unfold.

As big companies like Epic Games and Facebook continue to push themselves to virtual spaces, we are all set to see a huge pile of experimentations around the concept in the near future.  And with a real world that has become increasingly digitized especially during the COVID-19 pandemic, we may soon find ourselves closer or even become part of the metaverse before we actually would have realized.

What I mean is that in order to reach our target market, we need to communicate to them in the way that they are comfortable and familiar with. The channel or medium used to carry such messages must also be the one that they trust and feel connected to.

Now that brands are trying to impress Generation Z or Gen Z (those that were born between 1997-2012) or sometimes being referred to as the next consumers. To be successful in capturing their attention, one must really understand their key traits. According to the research, Gen Z usually received their first mobile phone at the age of 10. Many of them grew up playing with their parents’ mobile phones or tablets. So, they have pretty much grown up in a hyper-connected world and smartphones have always been a big part of their lives. We can call them the true digital natives, who have never known a world without the internet.

It goes without saying that any brands and advertisers who wish their businesses to grow must care about this future generation of consumers as they represent a significant opportunity. They are the workforce of tomorrow and remain one of the fastest-growing consumer markets.

6 Effective Ways to Increase User Retention for Your Game

Retention rate is known to be one of the most important metrics for game developers. Here are six effective ways that could help you boost user retention.

5 Tips to Promote Your Mobile Game

To come up with the right strategies and tactics to promote mobile games is no easy task. Here are five tips that could help making your mobile games more attractive.

The rise of social games and virtual spaces have made people more and more connected to one another within the virtual reality world. Brands will need to ‘reinvent’ themselves to stay in the future market.